A Question of Headcoverings - Part 2 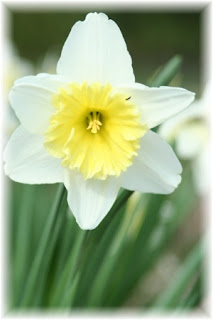 The most recent post regarding headcoverings has garnered much interest, many comments and several e-mails. Thank you to all of you ladies who shared your thoughts!

Through reading what was shared, there is an additional area that we would like to look at regarding this passage in 1 Corinthians 11 as well as the reason behind having any covering at all (whether it be long hair or a physical veil.)

The question that is then asked is: if hair is the covering, why would Paul say that a woman without her head covered (short hair) should have her hair cut off? Wouldn’t he then be saying “if her hair is cut short, than have it cut short”?

As before, it is found that the Greek texts (from which our English translations are translated) do much to bring understanding to this passage. We would like to share with you the key verses in this passage (1 Corinthians 11:5-6) in the literal translation from the Greek (taken from J. P. Green’s The Interlinear Bible):


“But every woman praying or prophesying uncovered with the head, shames the head of herself, for one it is and the same with being shaved. For if is not covered a woman, also let her be shorn. But if shameful for a woman to be shorn or to be shaved, let her be covered.”

In the verses quoted above, it mentions that an uncovered head while praying or prophesying is the same as being shaved and also that if it is shameful for a woman to be shorn or shaved, let her be covered.

The Greek word from which “shorn” is translated is “keiro” (Strongs 2751) which means to shear as a sheep.

The Greek word from which “shaved” is translated is “xurao” (Strongs 3587) which means to shear, shave with a razor; to get one’s self shaved. When a sheep is shaved, it is right down to the skin; in essence it is to be made bald, to be completely shaven. Being shaved with a razor also indicates complete baldness rather than simply short hair.

In looking at the words “keiro” and “xurao”, (the words that are in the Greek texts) and the meanings of these words, one can see that the translation in many of our English versions of the word “keiro” is not an accurate translation. They often read something like “have her hair cut off” (though the NASB reference Bible that we have also gives the literal rendering in the margin which reads “shear herself”).

The King James Version gives an accurate translation of this verse that holds close to the Greek: “For if a woman is not covered, let her also be shorn”. Thus far, we see a difference between short hair and being shorn or shaven.

In the life of the apostle Paul, the difference between short hair and shaven is made clear also: Men were to have short hair according to 1 Corinthians 11; due to Paul’s Nazarite vow, he shaved his already short hair off. In Acts 18:18 – the Greek reads: "having shorn in Cenchrea the [his] head; for he had a vow.”

The word shorn is translated from "keiro"—one of the same words used in 1 Corinthians 11. So Paul went from a position of short hair to being shaven/shorn. It is apparent that short hair and being shorn are physically two different things.

With an understanding of the words “shaved” and “shorn”; and if, as according to verse 15, the long hair and not a physical cloth veil is a woman’s covering, we find that the above quoted verses from the Greek are made clear:

“But every woman praying or prophesying uncovered with the head [with short hair and not long], shames the head of herself, for one it is and the same with being shaved [shorn as a sheep; bald]. For if is not covered a woman [does not have long hair, but has short hair], also let her be shorn [shorn as a sheep; bald]. But if shameful for a woman to be shorn or to be shaved [bald], let her be covered [have long hair].”

As the “long hair instead of a veil has been given to her”, to pray unveiled or uncovered would be to pray with short hair (like a man's) instead of long . . . doing so shames the head of her.

But what is the purpose behind the headcovering (whether it is a physical cloth or long hair)? It is to show the attitude and condition of the heart . . . the beautiful quality and countenance of godly submission.

As daughters or wives striving to serve and be obedient to the Lord, we must submit to our father’s or husband’s wishes and desires for us in this area (1 Timothy 2:11-14; Titus 2:5; 1 Peter 3:5-6; Numbers 30:3-5). If our fathers or husbands do not desire us to, have not asked us to, and/or have not given permission to wear a physical cloth covering, for us to do so would be to violate the very reason for, or intent of, covering in the first place.

And vice versa, if our fathers or husbands desire us to cover with a physical cloth veil, yet we insist that the long hair is the covering and follow this course, we are in rebellion and by our actions and heart, we would be denying the very purpose of covering.

As many have so wisely shared through comments and e-mails, submission is truly the heart of the matter. We can cover our heads with a cloth veil or long hair, but if it is against our father’s or husband’s desire, we are rebelling instead of submitting. And the Lord sees and knows . . . others may see the covering or long hair and think that we have submissive spirits, but “God sees not as man sees, for man looks at the outward appearance, but the LORD looks at the heart” (1 Samuel 16:7).

We encourage all of you ladies to ask your fathers or husbands what they would prefer or desire you to do. Do not force your opinions or beliefs upon him in an attempt to pressure him to let you do what you desire; but humbly ask, truly seeking to submit to and honor the one whom the Lord has placed as your head, as your authority, as your leader.

For in this is the Lord glorified . . . as we follow the example of Sarah of old and adorn ourselves with submission, which is in part “the imperishable quality of a gentle and quiet spirit, which is precious in the sight of God” (1 Peter 3:4b).


-Posted by Sarah and Leah
Posted by Follow In His Steps at 11:46 AM

Welcome! The desire for this little spot on the web is to encourage other young women to "follow in His steps", seeking to walk in a manner worthy of the calling with which we have been called (Colossians 1:10), embracing scriptural womanhood as a beautiful and God-honoring role. I hope that you will be blessed by your visit here!

To see more about our daily life, you are welcome to visit Sarah's blog . . . . 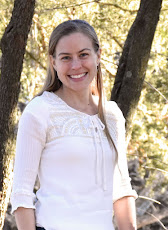 We would love to hear from you! Email us at: contact.followinhissteps@gmail.com.